I believe that exploring one's passions is an important part of overall wellness. I have always enjoyed writing, and in recent years have channeled that passion into composing short and feature length screenplays. Some of these have been filmed and shown at various film festivals. I'm excited to share news of my writing with you. 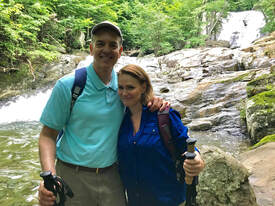 'Unheard Melodies', a screenplay I wrote based on the book Winter's Sun by Phil Rice,  features actors William L. Thomas, Beth Hylton and Rick Kain, with Jenna Allen and Brenna McDonough directing.
In September we received "Best Short Film" honors from the 2020 North Beach American Film Festival!
The trailer for the film can be seen on IMDb:
https://www.imdb.com/title/tt10913524/?ref_=fn_al_tt_1 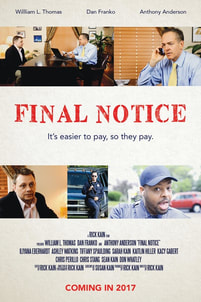 'Final Notice', a short screenplay I wrote and produced with my husband, received the People's Choice Award at the Florida Prosperity Partnership Film Festival, second place at the Baltimore Screenwriter's Competition, and a bronze award at the TIVA (Television Internet & Video Association) DC Awards program. Our short film was also a semi-finalist at the LA Cinefest, premiered at the Maryland International Film Festival, and was nominated for a Jury Award for Best Narrative Short at the North Beach American Film Festival.

In 2014, two of my screenplays, 'How Desperate Are You?' and 'Rachel' were accepted into the Spotlight on Screenwriters DC catalog.